Happy St. Patty's Day to you all! I hope you're wearing green today so you don't get pinched—or, if you're into that sort of thing, I hope you wore red instead. I'm here to entertain, not judge.

(Note: I'm still pretty sad about The Norfolk Move, especially because my friends have been group texting me all day and night with pictures of themselves and empty chairs where I should be sitting every place they go and videos of them singing and dancing to Billy Joel.) 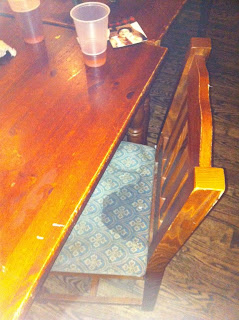 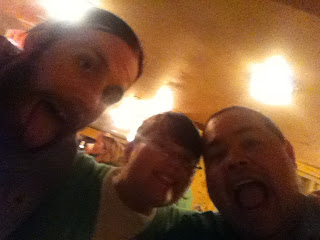 There's seriously nothing that can put me in a good mood faster than some excellent 80s tunes. I know I've already blogged about how much I love music, but this deserves a post of its own. I can't sit still when I hear a song from that decade, doesn't matter where I am. I imagine my moves look like this:

That's okay, though, because I'm still having more fun than you.

One of my favorite places to bust a move is 8e's, an 80s music bar/dance club in Athens. When I was in school, it was Uptown Lounge, where sometimes my friends and I joined the other girls dancing on top of the bar during last song of the night I never went during college. My first trip to 8e's was after an emotionally distressing football loss to Kentucky in 2009. 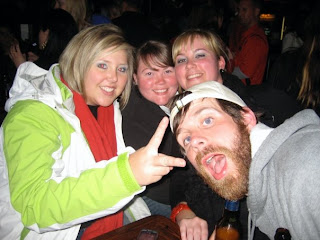 We dried our tears after house favorite (and probably my all-time) "Your Love" by The Outfield played.

We've returned several times since, the last visit being my birthday weekend in 2011. 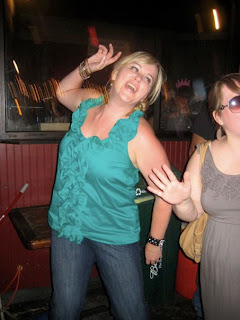 That is the face of a happy, happy girl.

Remember this contest? Of course an 80s song won.

When RK was helping me train for my first 5K in December, how did he motivate me? 80s music videos. (Chariots of Fire, FTW!)

Even working out is fun if there's 80s music! (And purple leotards and pantyhose and high-tops.)

During my big clean-out and move last May, I discovered about 10 CDs full of 80s music an ex-boyfriend had apparently burned for me but never mentioned. That right there? Phenomenal parting gift. 80s music makes everything better! Listen for yourself. The fruit of my YouTube St. Patrick's Day:

So, that quote - "dance like no one is watching" except now everyone has camera phones & videos. So now you just have to "embrace it like everyone is watching" because they are and they wish they would be having as good of a time as you:) Keep it up!!!