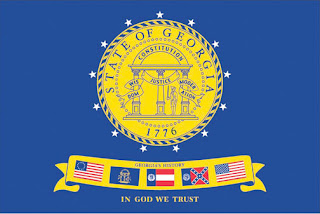 The whole wide state makes me happy. I'm like the unofficial ambassador, elected by me to extoll the superiority of my home state. Most people probably feel some sort of affection and responsibility to the state from which they're from. That's not incredibly unusual. But, like pretty much everything else in my life, I've been told I take this to the extreme. Ha! What? Me? Ahem.

I have good, solid memories of growing up in Georgia. Swimming in the "ocean" at Callaway Gardens (less than 30 minutes from home!). Vacations on Jekyll Island. Weekend shopping trips and Braves games in Atlanta. Country time down in Albany (pronounced All-BIN-ny). I never imagined I'd end up in Alabama—no offense, natives. It's just … not Georgia. I've lived in Birmingham roughly half the amount of time (a little more, actually) that I lived in Georgia, but I couldn't tell you much about Alabama's history. I don't pull for either of the football teams here (duh). I haven't a clue about the state bird, flower, or tree. But I can tell you from memory what the Peach State's (or Empire State of the South, if you will) are: Brown Thrasher (bird), Cherokee Rose (flower), Live Oak (tree), and—for the bonus round—European honey bee (insect). Plus we have the Okefenokee Swamp, and that's just fun to say.

We bring you Vidalia onions, peanuts, pecans, and peaches. (Don't even TRY to talk to me about Chilton County.)

We have mountains, plains, and coast. The Masters. Coke. (Although, shudder.) The world's largest infantry training center at Ft. Benning, adjacent to my hometown of Columbus. Hines Ward. (Hi again, #19!) Ludacris. Chick-fil-A and Zaxby's. 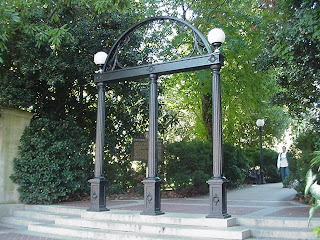 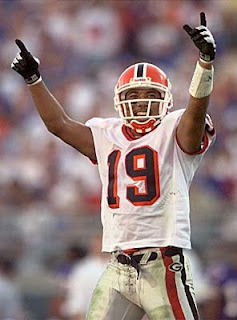 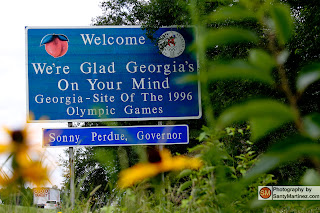 And we house the city of Athens, home of the first state-chartered university—the single greatest thing we produced—THE UNIVERSITY OF GEORGIA.

This will not be the last you hear of UGA during March. But you already knew that.

Anyway, I miss my state and, while I have no plans to move back to C-town, I do sometimes think I'd like to end up in Atlanta. It feels like home, it's close to Athens (hell-O, football season), and I pretty much adore the ATL. Don't hate.

And, as unofficial ambassador, I'd like to say again, I really need one of these. Someone get on this, please. 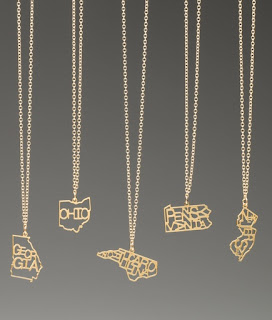 I'll leave you with these parting words. Ninety percent of you have certainly seen me dancing and singing this song at the top of my lungs.

Posted by Stephanie at 9:10 PM

Have you seen this one? I want!

As a former resident of Georgia, I will attest to its awesomeness. Of course it's no Virginia, but it does its best with what God gave it.